Analysts of the international political economy must understand the interaction of many disparate forces. It is possible to simplify many such factors so that they can be arrayed on two dimensions. These two dimensions also capture many of Introduction 5 the theoretical disagreements that characterize scholarship on the politics of international economic relations. One set of disagreements has to do with the relationship between the international and domestic political economies; another set concerns the relationship between the state and social forces.

The first dimension of interest concerns the degree to which the causes of international political and economic trends are to be found at the domestic or international level. All observers agree that in a complex world, both global and national forces are important. But different analysts place different emphases on the importance of one or the other. Some focus on how international forces tend to overpower domestic interests; others emphasize the degree to which national concerns override global considerations.

It should surprise no one that, for example, American trade policy, Japan’s financial goals, and South Korean development strategies are important in the world’s political economy. Disagreements arise, however, over how best to explain the sources of the foreign economic policies of individual nations, or of nation-states in general. At one end of the spectrum, some scholars believe that nations’ foreign economic policies are essentially determined by the global environment.

The actual room for national maneuver of even the most powerful of states, these scholars believe, is limited by characteristics inherent in the international system. At the other end of the spectrum are scholars who see foreign economic policies primarily as the outgrowth of nations’ domestic-level political and economic processes. For them, the international system exists only as a jumble of independent nation-states, each with its own political and economic peculiarities.

The international-domestic division is at the base of many debates within the international political economy, as in the world at large. While some argue, for example, that the cause of Third World poverty is in the unequal global economic order, others blame domestic politics and economics in developing nations. Similarly, many scholars see multinational corporations as a powerful independent force in the world—whether working for good or for evil—while others see international firms as extensions of their home countries.

Moreover, for some analysts, global geopolitical relations among nations dominate the impulses that arise from their domestic social orders. The distinction between the two approaches can be seen quite clearly, for example, in explanations of trade policy. To take a specific instance, starting in the early 1980s the United States and many European governments imposed restrictions on the import of Japanese automobiles. The form of the controls varied widely: the U.S. and Japanese governments negotiated “voluntary” export restraints, with which Japanese producers agreed to comply, while in some European countries, quantitative quotas were imposed unilaterally.

Concerned about stiff Japanese competition, which was reducing profits and employment, European and North American automakers and the trade unions that represent their employees provided key support for these policies. From this example, one clear analytic conclusion would be that domestic political and economic pressures—the electoral importance of the regions where auto industries are concentrated; the economic centrality of that sector to the European and North American economies; government concern about the broad, national ramifications of the auto industry; the political clout of the autoworkers’ unions

led to important foreign economic measures involving the restriction of Japanese automobile imports. Indeed, many scholars saw the restrictions as confirmation of the primacy of domestic concerns in the making of foreign economic policy. Yet analysts who search for the causes of national foreign economic policies in the international rather than the domestic arena could also find support in the auto import restrictions. After all, the policies were responsive to the rise of Japan as a major manufacturer and exporter of automobiles, a fact that had little to do with the domestic scene in the United States or Europe.

Many North American and European industries had lost competitive ground to rapidly growing overseas manufacturers, a process that is complex in origin but clearly one of the worldwide proportions. Some have argued that trade policies are a function of realities inherent in the international system, such as the existence of a leading, hegemonic power and the eventual decline of that state (see Krasner, Reading 1). In this view, the decline of American power set the stage for a proliferation of barriers to trade.

The internationally-minded scholar might also argue that it is important to understand why the European and American measures took the relatively mild form they did in simply limiting the Japanese to established (and, often, very appreciable) shares of the markets. If the measures had been adopted solely to respond to the distress of local auto industries, the logical step would have been to exclude foreign cars from the markets in question.

Yet the positions of Europe and the United States in the global economic and political system—including everything from world finance to international military alliances—dictated that European and North American policymakers not pursue overly hostile policies toward the Japanese. More generally, scholars have explained long-term changes in trade policy in very different ways. During the period between World Wars I and II, and especially in the 1930s, almost all European nations and the United States were highly protectionist.

After World War II, on the other hand, the North American and Western European markets were opened gradually to one another and to the rest of the world. Scholars whose theoretical bent is international point out that domestic politics in Europe and the United States did not change enough to explain such a radical shift.

But the postwar role of the United States and Western Europe in the international political and economic system has indeed been different from what it was during the 1930s: after 1945, North American and Western European countries were united in an American-led military and economic alliance against the Soviet Union.

Some internationally oriented analysts argue that the causes of postwar foreign economic policies in North America and Western Europe can be found in international geopolitical positions of these regions—the increase in American power, the decline of Europe, the Soviet challenge, and the rise of the Atlantic Alliance. Others point to broad technological and economic developments, such as dramatic improvements in telecommunications and transportation, that have altered governments’ incentives to either protect or open their economies

How to Become Successful at Futures trading 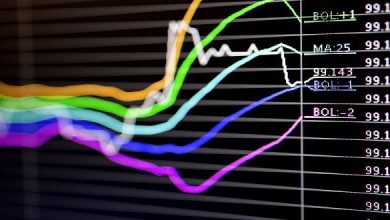 When should you not trade forex: 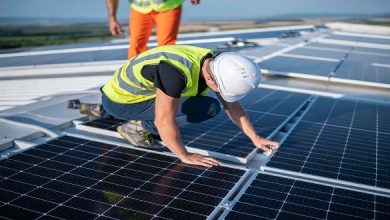 The Value Of Getting Hands-On Experience In Childcare